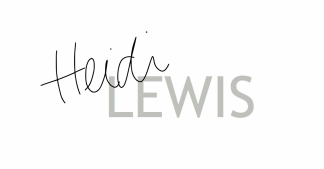 "Highlighting the better performances is the show, we must look to Heidi Lewis in her role as Mary Poppins. She embodied the cute quirks and mannerisms a character like Ms. Poppins would showcase, as well as serving as the driving wedge within this story. Her discipline and quick wit with the Banks scored the loudest laughs...Lewis' singing talent was fantastic as she navigated through her numbers and took to the skies in her departure."
-Broadway World, Austin TX
"Finally Heidi Lewis as Princess Katherine was a delight to watch in the final 'battle.'  King Henry was desperate to win a union of marriage between England and France.  Her dialogue was nearly 100% in French and from the sound of it her delivery seemed flawless.  Even more was her use of body language and expressions to interpret the scene, and in the end she allowed Henry to woo her, but on Katherine's terms."
-The Column, Dallas, TX
"Maria Rainer...was delightfully played by Heidi Lewis.  Lewis's performance was strong, engaging and showed a very definite relationship with the other characters onstage...Her singing was also strong and pleasant to listen to, especially when she was performing the numbers, "The Sound of Music," and "An Ordinary Couple," both in which she conveyed powerful emotion."
-The Column, Dallas, TX
Powered by