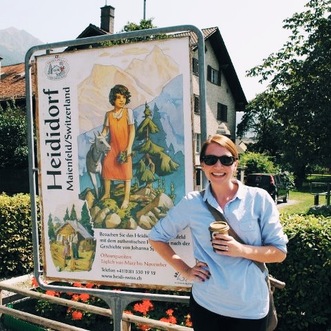 Captivating and charismatic soprano, Heidi Lewis, brings a passionate commitment to the stage. Praised for her “flawless delivery” and “use of body language and expressions,” she has been noted as a “stand out” performer and a “delight to watch.”

Specializing in sassy soubrette roles, Heidi has brought to life such characters as Papagena in Die Zauberflöte, as well as Despina, Frasquita, and Giannetta in excerpts from Cosi fan tutte, Carmen and L’elisir d’amore. Most recently, she delighted audiences with her charming and witty portrayal as Nellie Forbush in South Pacific.  Shortly before, she performed alongside Broadway veterans John Wilkerson (Peter Pan, State Fair) and Margaret Schafer (The Sound of Music '98 revival) as Maria in The Sound of Music.

In addition to performing, Heidi enjoys riding scooters, reading, riding her bike. She is married to her occasional duet partner Chris, and together they have possibly the world's cutest dog, Scout, who they rescued in 2009.